So I have really gotten back in action after all of that icky health stuff... I'm so excited that Fall is here, and I have started knitting my Christmas presents for the year already. It was thrilling to wear a sweater for the first time this season last week! (It's Florida... We hardly EVER get to do that!)

I'm finally starting to feel back on track after everything, have started to work on art again, and I'm almost done with the ridiculous amount of cleaning that this place needs to undergo before it can be back to normal. It's amazing how much of a mess you can turn your place into after being sick for a couple months and unable to really clean it!

I wanted to show you some of the friendly creatures that have been populating my life, all created in the last six months or so... 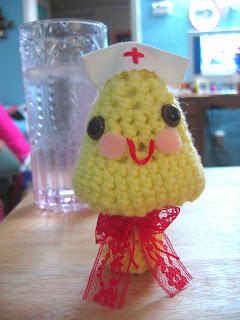 Mushroom Nurse was so much fun to make! She had her debut as the first plush creature I've ever offered on Etsy, and she was really proud of that fact. She promptly hopped off to her happy new home, and she is having tons of fun with her new owner. (Rumor has it there may be a Mushroom Policewoman in the works. And maybe a mushroomy little criminal to go with her...) 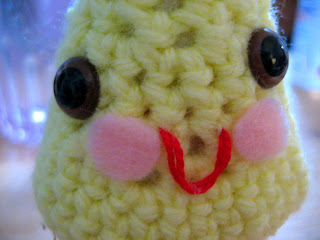 I attempted needle felting for the first time awhile ago (probably more than 6 months ago, actually), and the first project I like to make in any new medium is, of course, a miniature replica of Miss Ruby Roo herself: 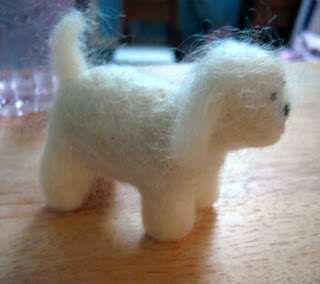 What do you think of the resemblance? 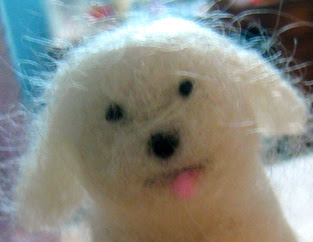 (She can't help it, she just *has* to play with her food before eating it!)

Next up is this little teal crocheted bear: 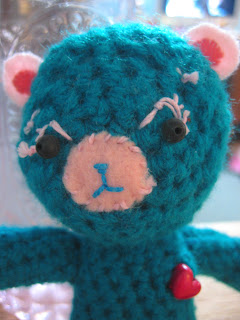 This picture is a bit blurry, but you get the idea... 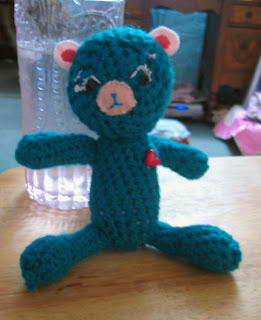 And finally, this teeny tiny jointed teddy bear made from felt! This one took forever to make since it was so small, and the whole time I was making it, I was dreading the part where I'd have to make the joints. It turned out that the joints were really easy to do, and they were actually my favorite part of the whole project. 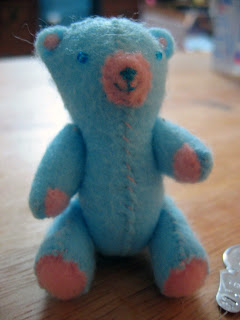 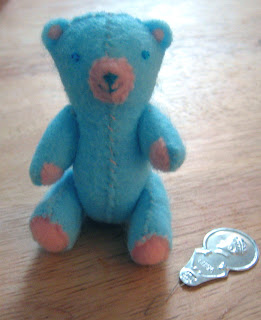 That's all for now! Tonight I've got two silkscreen classes to teach, but until then, it's more cleaning and hopefully some drawing time, too...
Email Post
Labels: crochet Etsy stuff needle felting softcore